Anushka Sharma and Virat Kohli, who are busy holidaying in Europe, relished a delicious lunch at an Indian restaurant in London. 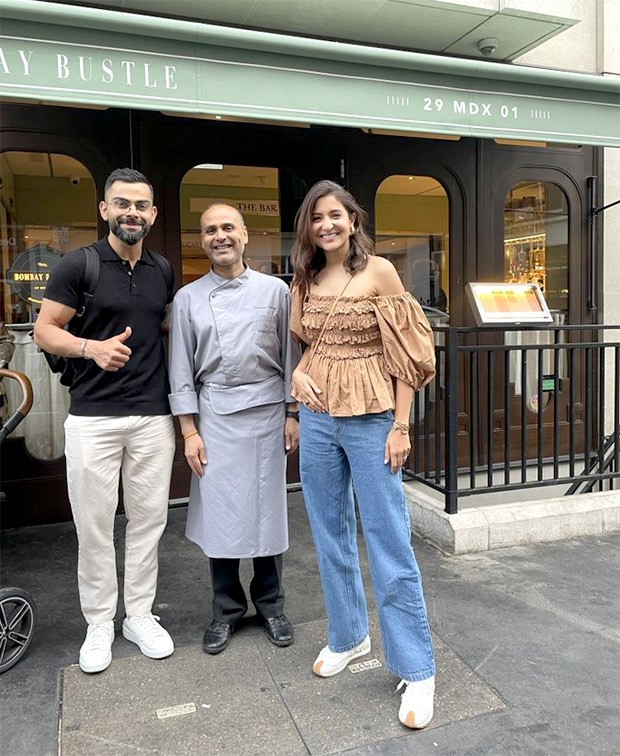 On Tuesday, the couple enjoyed a delicious lunch at an Indian restaurant called Bombay Hustle. Pleased to host the celebrity couple, the chef of the restaurant Surender Mohan took to Twitter to share a happy picture of himself posing with the couple. “Happy & honoured to have had the wonderfully warm and pride of India @imVkohli and @AnushkaSharma dine with us @BombayBustle,” he tweeted.

Happy & honoured to have had the wonderfully warm and pride of India @imVkohli and @AnushkaSharma dine with us @BombayBustle
????????#IndianCricketTeam #bollywoodactress #india #indianfood #bestindianrestaurant #london #mayfair #in

Currently, the couple along with their daughter Vamika are in Paris. Earlier on Tuesday, Anushka shared a pretty picture on Instagram from her outing. Posing next to a grand window, the actress posed with a bright smile and captioned the picture, “Mere saamne wali khidki mein… Paris musings.”

On the professional front, Anushka Sharma will soon be seen in Chakda Xpress, which is based on the journey of celebrated cricketer Jhulan Goswami. Directed by Prosit Roy, the film will be released on an OTT platform.