Brad Pitt starrer Bullet Train to release in India on August 4; arrives a day prior to the US : Bollywood News

After three successful movie premieres and Brad Pitt’s famous red-carpet appearance in a skirt, here’s some more exciting news for fans across the country! The highly anticipated action-comedy movie, Bullet Train, is all set to release in India on 4th August 2022, one day prior to the U.S.! 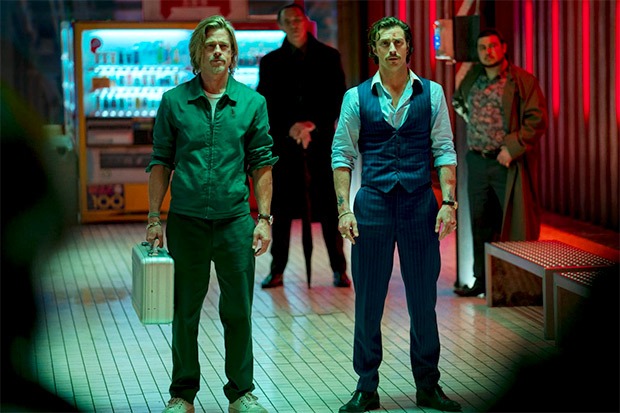 Brad Pitt starrer Bullet Train to release in India on August 4; arrives a day prior to the US

The movie, helmed by Deadpool 2 director David Leitch, will comprise a stellar ensemble cast with some of the most popular names from Hollywood. With Brad Pitt at the fore, the movie will also starJoey King along with Karen Fukuhara, Fury fame Logan Lerman among others.

While Brad Pitt returns to the big screen in a starring role for the first time since 2019, Academy award winning actor Sandra Bullock will also be seen making an appearance in Bullet Train. Aaron Taylor-Johnson will also be seen next as Marvel’s Kraven the Hunter.

Also Read: From Brad Pitt to the sets of Bullet Train, Joey King talks about her adventurous journey