She’s keeping up with her health.

Kim Kardashian shared that she has drastically reduced her percentage of body fat this year while getting a personalized scan of her frame.

“Look who pulled up,” Kardashian captioned a photo of a Bodyspec van on her Instagram story on Wednesday, explaining, “They measure your bone density and body fat percentage & all the good stuff to make sure you are fit and healthy.”

She then shared that her amount of body fat has decreased significantly over the past year. 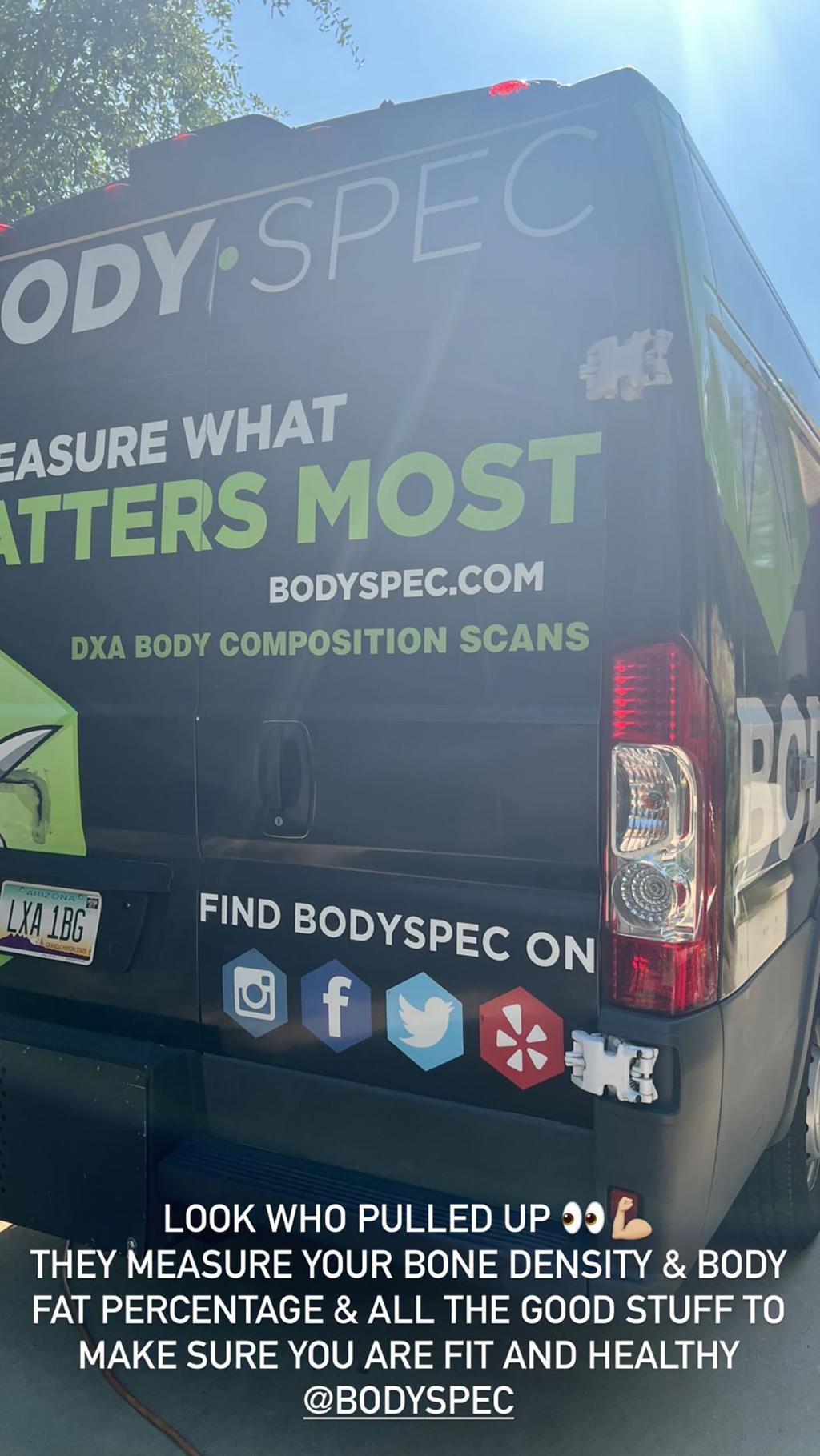 Kardashian got her results from a company called Bodyspec, which does the scan in a van. 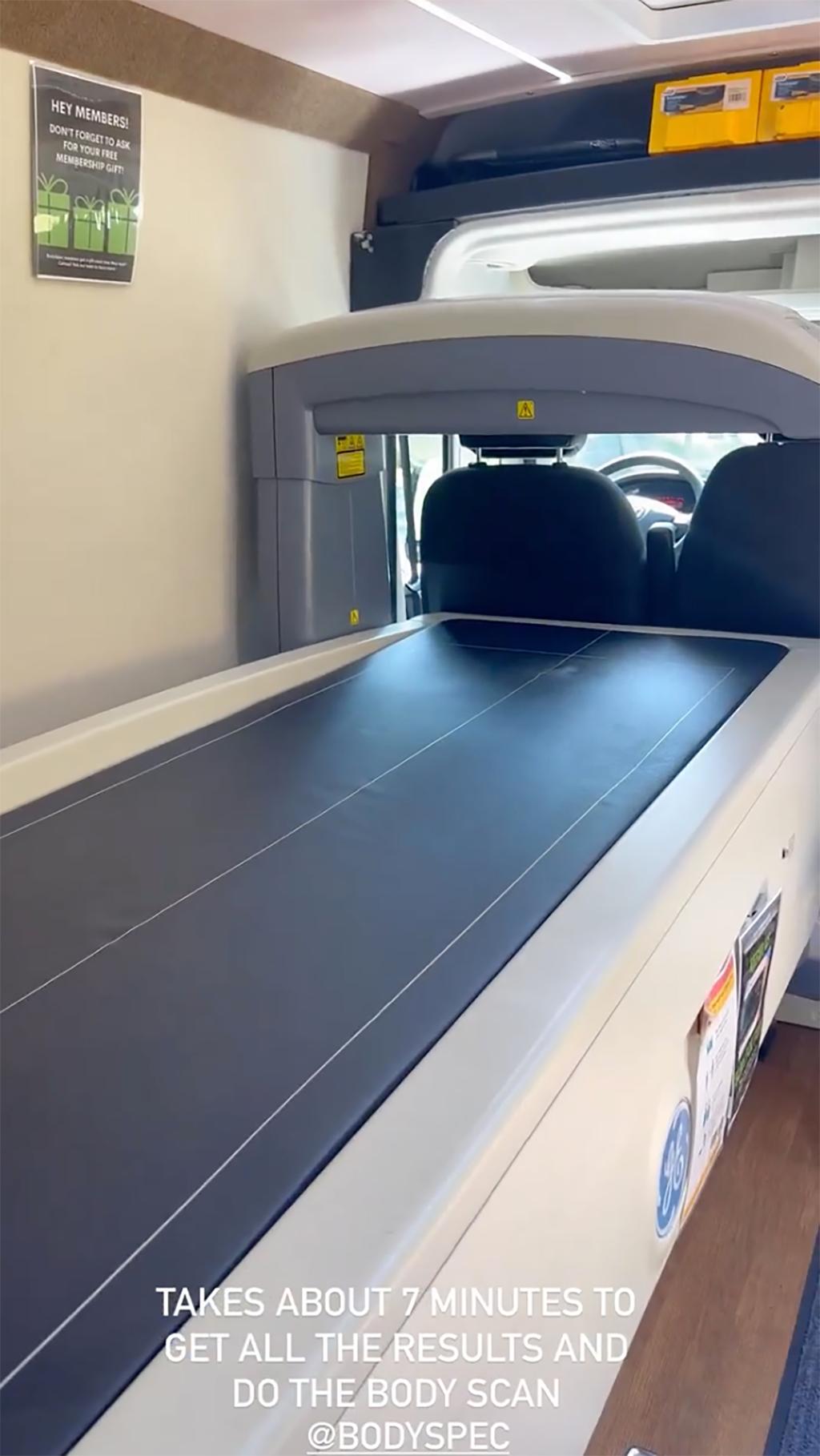 Kardashian got her results from a company called Bodyspec, which does the scan in a van.

“I was already starving myself and as thin as I…

The technician who did the scan told the reality star her results are in the “athlete category,” to which Kardashian excitedly exclaimed, “Athlete category! You hear that?”

The Skims founder also posted a video where the Bodyspec representative read out her bone density results, telling Kardashian her bones are stronger than 93 to 97 percent of the population.

Earlier in the evening, the entrepreneur posted a photo of her toned tummy looking red and raw after receiving a “painful” laser treatment that tightened the skin on her abdomen.

“This is a game changer!!!” she captioned the photo posted to her Instagram Story. “I did Morpheus laser to tighten my stomach at @DrGhavami’s SPa @GPSAESTHETICS.”

She added, “I think this is my fave laser but it’s painful lol but worth it!”

According to a press release, the Morpheus laser is a “minimally-invasive treatment that contours and remodels the face and body for a smoother and tighter appearance.

Results are “visible within a few days,” but it typically takes three weeks to achieve the “most noticeable” change.

Kardashian’s body transformation comes three months after she was slammed by the public for flaunting drastic weight loss tactics she used in order to fit into Marilyn Monroe’s dress for the 2022 Met Gala.

The Hulu star notoriously lost 16 pounds in just three weeks to squeeze into the iconic gown — which could not be altered — that Monroe wore to sing “Happy Birthday” to President John F. Kennedy in 1962.

She told fans following the red carpet that she was excited to eat pizza and doughnuts at the afterparty because she was “starving” and had not eaten carbs or sugar in nearly a month.

“I think one of the misconceptions is — she works really hard. I was there through the process and it wasn’t like a starving yourself type of thing,” Don-A-Matrix told TMZ in May. “She’s been on a real balanced diet and at times she wouldn’t eat as much, but then the second thing was she went to the gym and put the work in.”